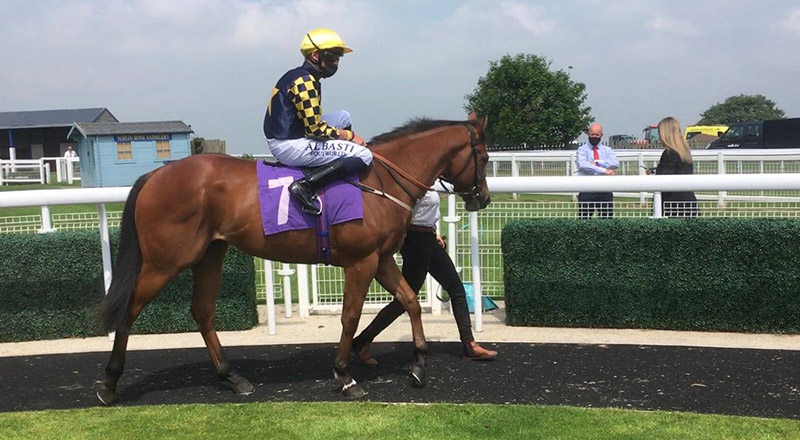 POSTED JUNE 19TH 2020
We have three 2YO's who have already run this season, and all of them have shown ability:

CROWN PRINCESS
This filly ran at Beverley over five furlongs and from the worst draw of all managed to get out of the stalls quickly and get prominent. She was up against horses from some top yards and was leading into the final furlong, just getting a little tired on debut, but finishing third, well clear of the rest of the field at odds of 66/1. She is due back out in a fortnight and we're looking for her to build on this cracking first run. The race time was quicker than both subsequent 3YO races over the same trip. View her shares

READY FREDDIE GO
'Freddie' is a lovely gelding (pictured above) - well mannered and a proper terrier-like racehorse. He went to Beverley on June 17th and after getting slightly outpaced early on, came through a pack to strike out in the last furlong and finish a very decent second place in a five furlong maiden at odds of 40/1. He had previously finished sixth on debut in a hot juvenile contest. Freddie takes his racing really well and will be back out pretty soon in a race we are hoping to win. View his shares

FIND A PENNY
This filly ran in the same race as Crown Princess. She's a proper speedball, and led for four furlongs before getting tired on her debut. She will be a strip fitter for that race and we are looking for a sharp five furlongs for her now. View her shares


Set to run in next few weeks:

We have FIVE 2YO's who are set to race in the coming weeks:

SIR TEN T
Trained in Epsom, this young gelding is due to get entries for 8-10 days time. He's got plenty of speed and he's a real character. He'll start at five furlongs. View his shares

DAPHNE MAY
Trained in Epsom, We think a lot of this daughter of Mayson. She's got an entry in the £200k Super Sprint (although it may be abandoned, but it shows we think she is a decent sort. She is expected to get entries in the last week of June. View her shares

SO RISQUE
Trained near Newark, this young colt is due to get entries for 8-10 days time. Trainer Derek Shaw is looking for opportunities at the moment. View her shares

SUNSET KATIE
Big, scopey filly. Will need seven furlongs as a minimum, due out in July. Trained in Malton. View her shares

ALIVE WIRE
Trained in Malton, he's a big lad, and will probably be making his debut at Redcar in a fortnight. Nicely bred, he will be a very nice prospect as the season develops. View his shares

As well as our popular small shares, we offer a small number of 'Private Service' shares which provide a 4% share in a racehorse for the season for a one-off price. Available as shares for yourself or as a gift. 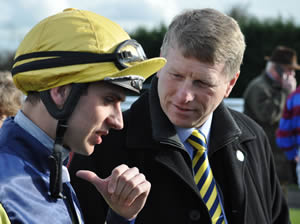 If your horse is entered to race, you can immediately register for Owners Badges - on your PC, tablet or smartphone.

Want to find out how our horses are doing and be informed when we add new racehorses?
Example emails we've already sent