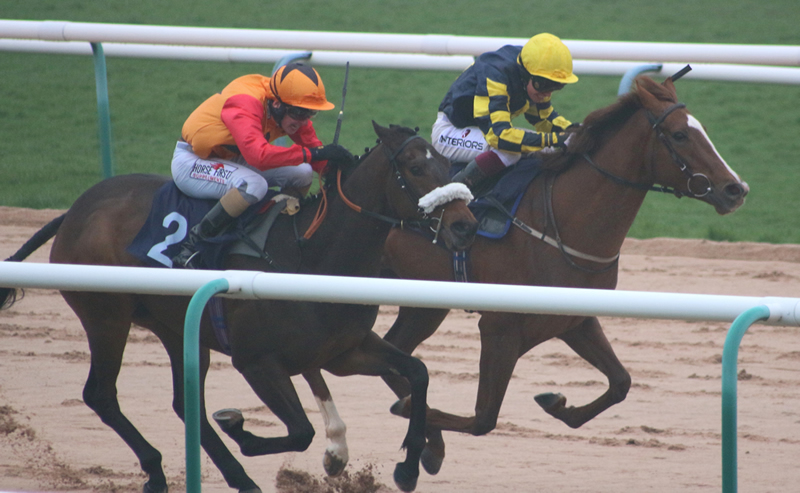 Amity Island has been running well through the winter on the All-Weather, but now his turf campaign has kicked off he has managed to record his first win for shareholders. He stepped up to a mile at Southwell on April 12th and managed to come with a late surge to beat the favourite in a handicap.

Ollie Pears trains this good looking, long striding colt, who is still quite green in his races. He believes there is more to come from the 3YO and we can expect to see him running in more handicaps on the grass through the summer months. Andy Mullen rode a great race on Amity, as it looked like he wasn't going to get there over three out, but the horse dug deep and was well on top by the time the line came.

Shares in this lovely colt are in short supply but a few are still available, although we expect demand to be increased for him now!

You can watch the replay of the race below - look out for the Ownaracehorse blue and yellow colours! Andrew Mullen rides.