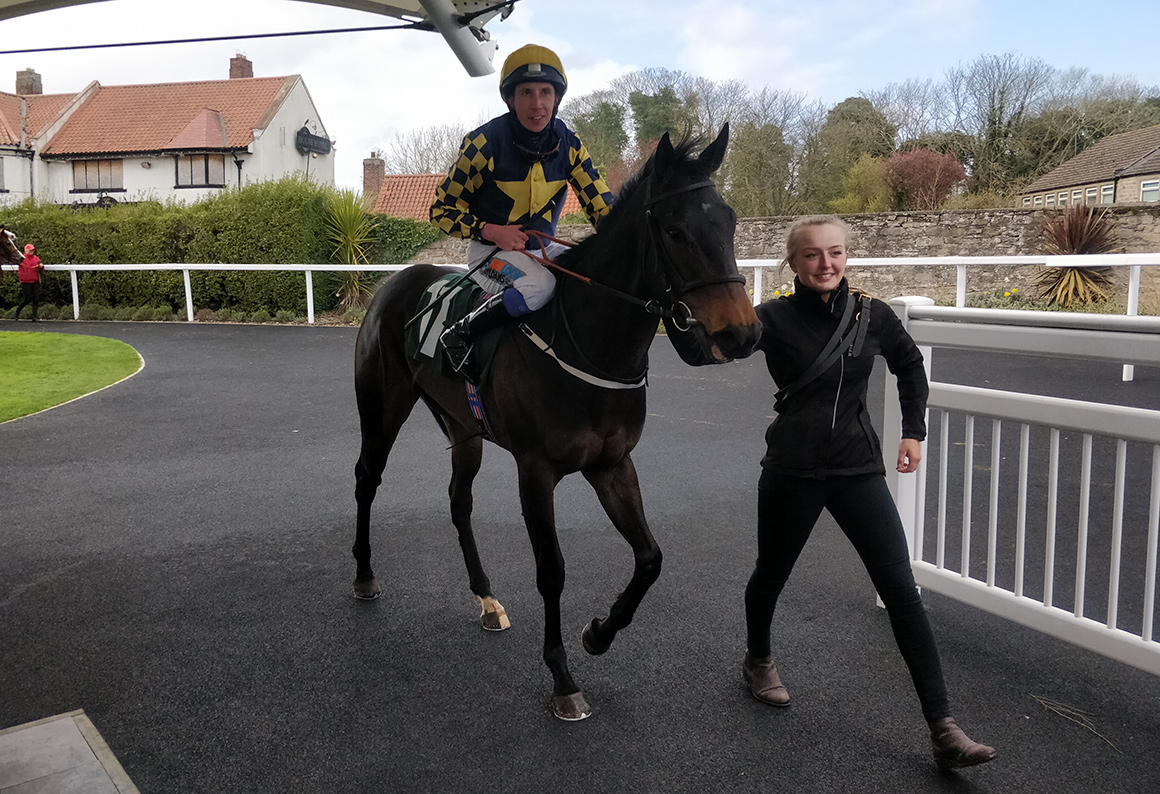 We've always liked Golden Gal because she's a real trier. The filly was touch and go to stay in training after being given a lowly handicap mark last season, but we stuck with her and that decision has paid huge dividends for her shareholders.

Available at 100/1 with several bookmakers before the race, the filly broke well and never looked in danger of giving up the lead when she took up the running two and a half furlongs from home. Ollie Pears has handled this filly superbly well, and along with her stable lass and work rider Chelsea Brook (pictured above leading the filly in) the yard was confident she would go well - and that's what we reported to her shareholders. Ollie has fired in three winners from his last five runners, so the yard is in excellent form. Jockey James (Jim) Sullivan reported the likeable 3YO made things easy for him with a superb start and although she was keen, the win was never in doubt. We can expect to see her running in more handicaps on the grass through the summer months. James was particularly happy that the horse dug deep and was nicely on top by the time the line came.

Shares in this lovely filly are almost sold out, but we have a few others available in the same yard - but they are going fast!

You can watch the replay of the race below - look out for the Ownaracehorse blue and yellow colours prominent throughout! James Sullivan rides.