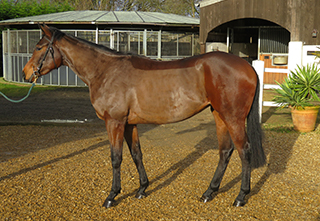 Only 1 share(s) equalling 0.25% is needed to qualify for prizemoney payments from Waltzing Home 2020's racing season.

Gender: Filly
Birth Year: 2017
Colour/Markings: This filly is coloured almost identically to her mother, a dark bay. She is long and angular with a good stride.
Racing Post Form: View Race History
Racing Code: Flat
Expected to race in: South and Midlands

Coach House has been a good source of 5f to 1m horses over the last two years and he himself was a top class. He produced one of the top horses of 2019 in Summer Sands who was bought for only £2k at sale as a yearling and sold for £635k a year later.

This filly's mother Dancing Duo won as a 2YO and was placed many times at trips of seven furlongs and a mile. She comes from a decent family. This is her second offspring. 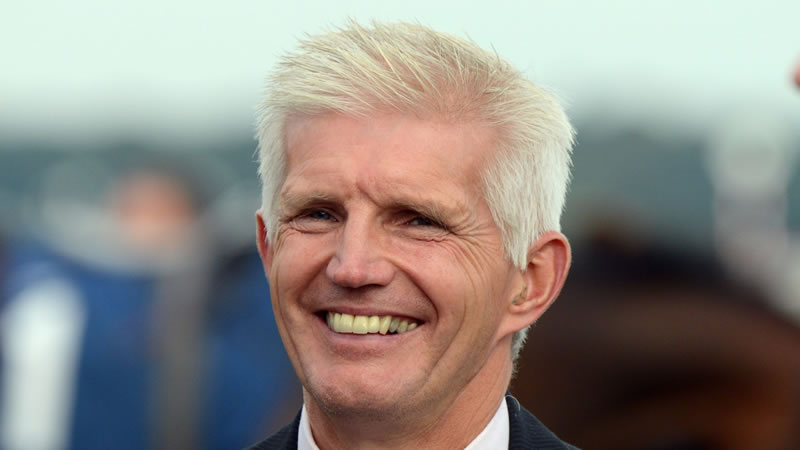 If you are looking for a deeper involvement with Waltzing Home 2020, check out our list of Private Service shares. We may have leases or outright shares available in this racehorse from 4% and above.

This daughter of Coach House has been named Waltzing Home.

Derek Shaw trained this filly's mother, Dancing Duo, and we syndicated her for a number of years. She was a hardy horse, racing over 7f and 8f and provided us with plenty of action during her time with us. She won once, but was also placed numerous times, always finishing with a rattle! We were excited to discover she had been retained by Derek after her racing career and when we discovered she had been put to Coach House, a sire who is becoming recognised as a source of very decent youngsters, we leaped at the opportunity to become involved with 'Duo's Filly', as she is known in the yard.

Waltzing Home is now a 3YO and will be racing in 2020. She was quite backward as a 2YO so Derek took the decision to give her plenty of time and allow her to mature, both physically and mentally, before putting her into full training. This year will be her first on the track, but she has been building up to this season since last October, so we're expecting an early start to the turf with her. She is already being galloped several times a week and has had some stalls training.

Derek Shaw says of the filly 'She is very similar to her mother, in that she has plenty of attitude. She is the boss and she lets you know about it! However, her work at home has been good - she does everything easily. She needs to have horses around her, but travels kindly, exactly like her mother did.'

Derek said "Dancing Duo also had another foal, which I trained, but she was small and had issues. However, this Coach House filly is a different horse entirely. She has lots of bone on her and has plenty of scope. I'm looking forward to finding out what she's like on the track."

Because this filly is a three-year-old, it means that she is far more mature, and should be able to take her racing much better than an unraced two-year-old. She is over sixteen hands and has plenty of length, as her mother did. We're looking forward to a full season with her starting quite early.

Derek Shaw: "We won't know what we've got until I take her racing, as she's very much like her Mother - you get the feeling when you ride her that there is bags of talent there, however, the question is whether she will produce it in her racing! She may need her first run or two to find her feet, just as her mother did."

Derek is expecting that Waltzing Home will start her season in April at a local track in order to get that first racing experience into her. Derek is based near Melton Mowbray, so she will race at tracks such as Nottingham, Leicester, Doncaster, Chelmsford, Wolverhampton or Yarmouth, but also possibly further afield as well as the season develops.

We are already reporting on the filly's progress for shareholders on an ad-hoc basis, reporting on the major breakthroughs with his training - and we will provide regular updates on her progress on the gallops and with her education in detail from the start of the season. During the heart of the season we publish update reports every 7-10 days, and more regularly when she actively starts racing.

This is an exciting young horse who has been given the opportunity to grow and mature at the right rate for her. We love the fact we are racing the second generation of the same family, and if she can perform to the same level as her mother, shareholders should have an exciting and interesting time at the races this summer.

The race plans for this horse will be determined by its level of ability shown at home and on the course in 2020. On breeding the filly should start at seven or eight furlongs and then will perhaps get further as she develops physically and mentally during the year.

The standard route of a horse of this type will be to start in Maiden (races for horses who have yet to win a race) or Novice/Auction or Selling/Claiming races (3YO only races where previous winners get extra weight) and her performance in these first three of four races will determine whether she goes into handicaps, or is good enough to tackle conditions races or even step into pattern races (high value, prestige races).

If, as we believe, she shows that he will be an 8f horse, then there are plenty of races available for her from mid-April onward. We will assess this filly's progress and if Derek believes she has the right level of ability she may get entries for some of the more prestigious races in the racing calendar.

As a shareholder youmust understand that we cannot guarantee your horses performance, a specific volume of runs (beyond our minimum guarantee if injured) or that runs will be evenly spaced throughout the share period.  This is the chance you take when owning any racehorse and participating in this ownership experience.  If you will be disappointed with only 2-3 runs from your racehorse during the season, then please DO NOT PARTICIPATE IN THIS OR ANY OTHER RACEHORSE, as you could be disappointed.  We believe in being crystal clear with our shareholders - any participation in racehorse ownership is a risk, and we are unable to make any refunds because of share periods which finish early due to injury or retirement - as training, vets and livery fees for the horse still remain whether they are racing or not and part of your lease payment covers the horse's build-up to the season.

These risks are the chance all shareholders take, as we do ourselves, when participating in the ownership of a racehorse. By buying a share or being the recipient of a gift pack you will be accepting this risk.