Here's how our youngsters are currently shaping up

We've included photos and video of each of our youngsters where appropriate. Beware, we are running out of shares in some of these two-year-olds and they may be listed here, but may actually be sold out. All quoted prices are one-off payments for the entire season and are subject to variation.

All of our two-year-olds will have target races this season, but we are going to make a concerted effort to win the Rous stakes at York this year with one of our youngsters. Run in June, its worth around £18,000 and provide a brilliant day out for shareholders.

Spacesuit - trained by Mike Murphy, Bedfordshire.
This is a wonderfully well bred colt. On the video he is just warming up around Mike's ring. He's being readied on a separate training plan some of the others in the yard as he's more likely to need six furlongs and further as the season develops. He moves really well and will be racing once the six, and most likely, seven furlong races are available in summer. Mike is really pleased with him and shareholders coming into this colt this season will get preferential shares for him as a 3YO as we expect him to improve as the season develops. Here he is, cantering around Mike's ring. 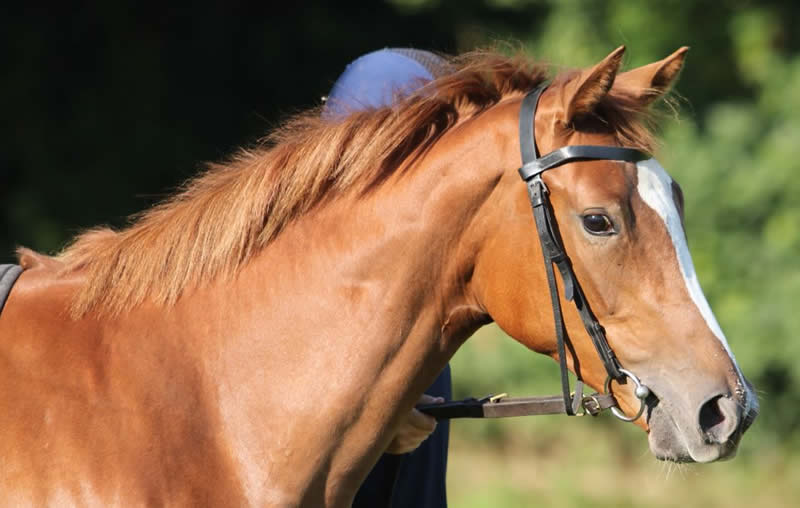 KOMOREBI - trained by Adam West, Surrey
Trainer Adam West reported this week he could not be any happier with Komorebi. The filly has always been forward, and she is matching her maturity with her sharpness. The filly is working every day at present and could possibly be racing as early as March (which would be the first time we have ever had a 2YO out in the first couple of weeks of the season!). Adam has also entered this filly for the £300k filly's sales race later in summer, as the early signs are that she is going to be competitive.

Paisleys Promise - trained by Mike Murphy, Bedfordshire.
This filly is expected to be racing in May. She is a sprinter by breeding and is being brought along nice and quietly by her trainer Mike Murphy as she is still growing. She is set to be racing early and is likely to be quite busy as we expect her to be racing in May and go through until at least September. In the video she is the young horse on the inside, being taught to go upsides by an older horse.

Christmas Diamond - trained by Ollie Pears, Yorkshire.
This filly has done really well over winter and we're very pleased with her. Ollie likes this striking filly and she is likely to see a racetrack in May, as six furlongs will probably be her opening distance. She will be trained to win the Rous Stakes at York, but we are hopeful this free-moving, well bred filly may be our dark horse in the North this summer. She is the last of the three (the second is Inver Silver). Also see the Inver Silver video for her galloping - she is quite a way along and not far from fast work.

Inver Silver - trained by Ollie Pears, Yorkshire.
This sprinter is making giant strides every day. Ollie believes this filly could be among the first of his younger horses to race and we're hoping for an outing from her in April over five furlongs. The first foal by a muiltiple winning mare we're really looking forward to seeing her fast work in late March. She is the horse on the nearside. See the Christmas Diamond video (above) for a further view of how she looks at the moment. 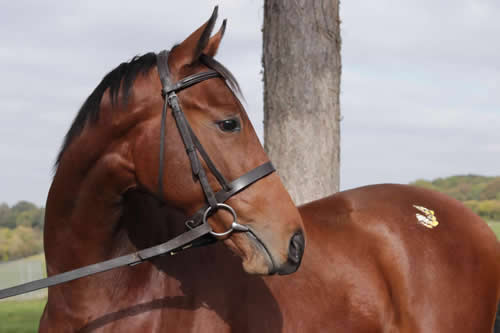 AUSTIN TAETIOUS - trained by Adam West, Surrey.
Austin Taetious is a real handful, but this good looking son of Archipenko is well worth the work he creates! Adam thinks a lot of this youngster. He will be later to the track, needing at least six furlongs by the look of his work so far however he should be worth the wait. Beautifully bred, he's our dark horse in the South for the season.

Harry Love - trained by Ollie Pears, Yorkshire.
This is another really well bred colt and we've been delighted with his progress at the Ollie Pears yard. He will be racing from late May onward, as he's likely to need six furlongs, although Ollie did say the other day he's recently shown some sharper pace. A long, loping stride on him, he's working on the gallops most days now and being a half-brother to a very decent winning two-year-old we are hoping he too will be winning in his juvenile season.